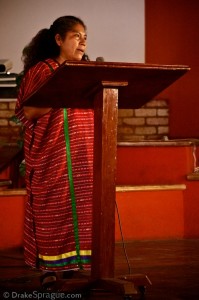 Who are the indigenous people of the world? My own experiences serving in Mexico, South America and Southeast Asia have enlightened me to the reality that the term ‘indigenous’ is largely misunderstood in the Christian church. Indigenous peoples are too often confused with what are in fact ‘nationals’; Spanish-speaking Mexicans or Peruvians, Portuguese-speaking Brazilians, Nepali-speaking people of Nepal, etc., are all nationals. Wikipedia defines indigenous peoples as “the ethnic minorities who have been marginalized as their historical territories became part of a state.”In context of the Great Commission, the Tijaltepec Mixteco Indians of Mexico, Amahuacas of Brazil, and the Raute of Nepal are indigenous peoples. They are “tribes, tongues and nations” still living today without access to the gospel. Of the 5000+ unreached people groups around the world today, the vast majority are indigenous. They are typically tribal, and they often speak a minority language. Mexico itself has over 360 identified indigenous languages (not Spanish), many of which do not have a Bible translation or so much as a missionary. In light of (or in ignorance of) this, Christian missionary movements continue to dedicate disproportionate levels of focus and resources towards ‘nationals’ at the expense of reaching the ‘indigenous’ people groups. There are few if any nationalities in the world today that do not have the Scriptures in their language and at least some remnant of believers capable of ministering to others in their society. 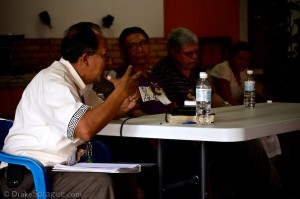 In Matthew 28, Jesus Christ specifically emphasized making disciples of ‘all nations’. By this He did not mean political nations. He was referring to all ethnic people groups of the world – nationals and indigenous. The majority of these however are indigenous people groups that only number in size from 50-10,000 people. Population size is irrelevant to the Great Commission; we in the west are way too fixated on numbers! Complicating the matter, indigenous groups are typically marginalized by the dominant national population, and far too often neglected by the ‘national’ church. Sadly, I have encountered too many national Christians in certain South American countries who honestly believe that the work of reaching the indigenous people with the gospel, for example the Indians of the Amazon jungle, is not for them, but for the foreign missionaries! 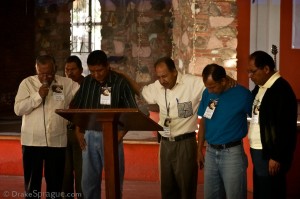 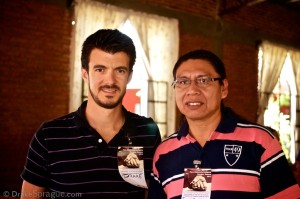 Enter the indigenous missionary. In response to the gradual decline of western missionaries from the United States, Canada, and Europe, God is filling the missionary ranks with non-western nationals from places like Korea, Nigeria, and Indonesia…yes, Indonesia, the largest Muslim nation in the world! Another trend is taking place. As indigenous peoples, i.e., Kuna Indians from Panama, Mazatec Indians from Mexico, Ashenika Indians from the Peruvian Amazon region, etc., encounter Jesus Christ many are naturally desiring to go and serve as missionaries to other nations. God has empowered these indigenous missionaries with a degree of ‘passion and providence’ (to quote a much respected Nigerian missionary), that is unparalleled in the western church.

Last week we participated in a forum for indigenous Christian leaders from throughout Mexico. Members of ALTECO (Amazon & Lowland Tribal Empowerment Coalition), the organization we will be working with in South America, were present to foster dialoge among the tribal leaders while casting vision for a concept that is largely unknown in Mexico: tribal, national and foreign missionaries working in unison to complete the Great Commission task. For all the good that western missionaries have done over the years, poor discipleship models, marked by division and territorialism (often along rigid denominational lines) were introduced long ago and later magnified by the national Spanish-speaking Mexican church. Indigenous, tribal people are not ‘Hispanic’, nor are they ‘Latin’; they may in fact speak little to no Spanish, oftentimes do not read or write, and typically adhere to complex, animistic belief systems mixed with certain convenient elements of Catholicism. Oral cultures are very different from literate ones. Literacy is not an indicator of intelligence, as a non-literate, oral person can far outrank a literate person in that regard. So, while incorporating literacy into a missionary strategy may be a noble idea, it’s not always effective or remotely strategic. A Bible perfectly written in an indigenous language amounts to nothing if the information contained therein cannot be internalized and understood, as say through chronological story telling methods. The key is context, and the indigenous missionary understands this better than any of us. 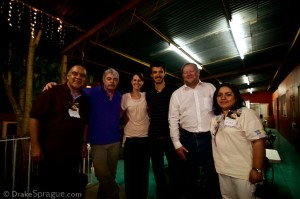